What is an Asset-Backed Token?: Security Tokens For Beginners 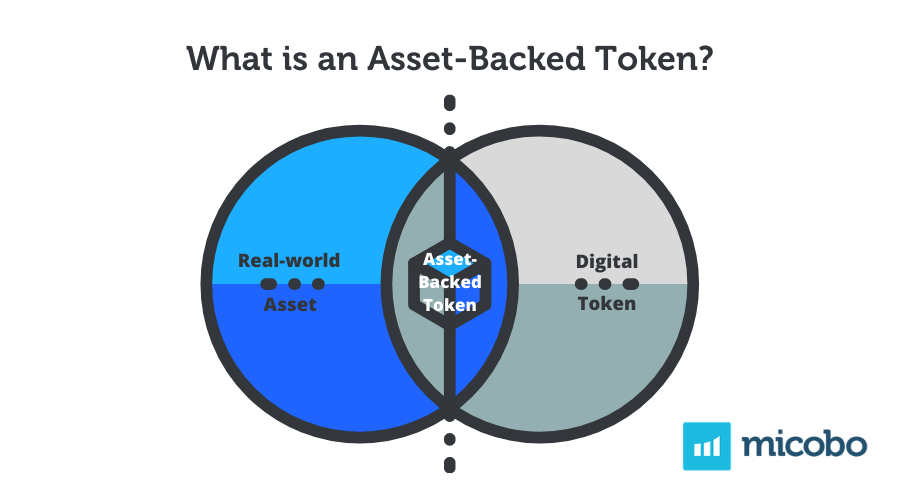 Asset-backed tokens are a growing class of digital assets that open the door for compliant and regulated digital ledger investment. These “Security Tokens” are called to be the future of financial transactions for the digital capital markets, and we want to explain you why.

Security Tokens are a new tool for digital transformation, tackling the inefficiencies of the traditional systems while ensuring the security of investments. However, many see them as a threat. So we are here to explain why they are rather an empowering instrument.

The digital assets’ ecosystem has been steadily growing since the introduction of the blockchain, an immutable and decentralized system that allows assigning digital value to any physical object, an intellectual work, a financial asset or any type of transactions.

This possibility, called “asset tokenization”, is currently becoming the focus of many industries interested in adapting and surviving the next economic revolution. Given that the token economy offers not only plenty of efficiency gains but the opening to a global base of investors, having a proactive attitude towards this growth possibility will make a significant difference in the future relevancy of a business area.

Thanks to the appearance of Distributed Ledger Technology (DLT), a big part of the operational processes involved in different industries can be reduced and be done in a more efficient manner. With this technology, there is no hierarchy and all the transactions are managed by the different computers in the network simultaneously acting as the ledger. Hence, it assures that all the data required to approve a transaction is processed by several —objective— participants all interconnected and acting within seconds, capable of verifying all the bits of information being used.

This structure allows democratizing all types of asset classes through blockchain technology and peer-to-peer investment, creating a highly liquid decentralized market for i.e. property investment that is open to all.

The first boom of the recent and DLT-based token economy started with the Initial Coin Offerings (ICO). This modus operandi allowed a big influx of congested investment and it opened the door to the possibility of creating new and more efficient capital markets. However, these offerings were done using utility tokens, not really representing the actual right in rem to the transacted asset.

A utility token provides access to a certain product/service using distributed ledger technology (DLT). It can be seen as an operating resource, giving the owner access to a platform’s functionalities, adding value to its tenant (or owner). Yet, these types of tokens lack a unique value proposition, given that, they are not programmed to represent an actual legal asset.

That is why the need for asset-backed tokens is on the rise. These tokens are called “securities”, replicating the traditional system of investment components, including ownership and promise of future cash flows. Security Tokensu are tokenized financial instruments that are intended to comply with applicable regulations for securities. They are therefore officially approved securities in token form.

These tokens are often offered using a Security Token Offering (STO) or by a public offering of the fractional ownership of the asset being “tokenized” according to the case: If a company wants to raise capital using a global investor base, then it can have the public offering of its digitalized shares through an STO. But, if a company wants to simply offer a project, i.e a real estate property, then it can issue Security Tokens and split the ownership of the asset.

Either way, those Security Tokens are asset-backed, since they are the digital representation of a real-world asset. In fact, these tokens can be, upon registration, recognized as financial securities according to two of the most important jurisdictions for the global capital markets: the U.S. Securities and Exchange Commission (SEC) and the European Commission through the MiFID (Markets in Financial Instruments Directive), providing fundamental legal value to holders. 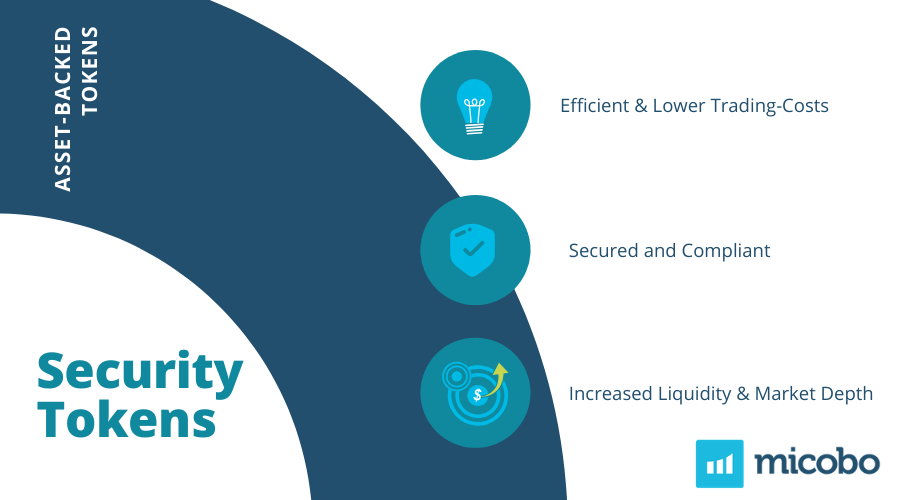 According to the World Economic Forum (2015), the projected tokenized market volume is likely to reach 24$ trillion until 2027. In other words, 10% of the world’s GDP will be tokenized and on a blockchain. Thereby, the physical world can be displayed as a digital one, including a subset of assets and rights of the physical world.

From art to real estate, passing through commodities and sustainability certificates, the way we invest will change and improve thanks to the token economy. That is the main reason it is beneficial for financial players and fund managers to create cryptographic analogs of traditional assets to increase the liquidity of the underlying real-world assets.

Now, these can be applied with great beneficial outcomes to both liquid assets (like bonds and stocks) and other types of asset classes, that given their nature suffer from limited liquidity and prohibitively high economic buy-ins. These assets, although being physically tradeable, are also restricted and can not be easily transferred or split.

That is why many of the transaction processes enforced in these markets can be improved thanks to tokenization, increasing trade opportunities and, therefore, their liquidity.

Tokenization has the potential of unlocking enormous amounts of capital that are being kept in illiquid assets from the traditional systems.

Thanks to the possibility of increasing an asset trading volume, its liquidity raises, enhancing its value since it negates the risk associated with being unable to exit a position in a given asset quickly.

In practical terms, tokenization of assets offers the possibility of liquidating the holder position in a piece of real estate, sparing the weeks-long (even months!) process that usually takes to find a buyer in the traditional market. Thanks to the Security Tokens representing those assets, the holders can exit their position via third-party exchange —secondary market.

This openness provides enhanced price discovery and reduces price volatility while reducing the risk of a sudden price crash in the asset value.

If you want to open your business to the great potential of tokenization, get in touch!